Galaxidi is one of the most beautiful naval towns of mainland Greece. It curves around a seafront hillock, with narrow cobblestone streets connecting the well-sheltered harbors to either side. The variety and mellowness of the landscape offers natural beauty and advantages: the hills near the coast provide places for settlement, the small but fertile valleys and the gentle slopes cultivable land, while the surrounding mountain ranges protection and ample water. What distinguishes Galaxidi is its direct connection with the sea, determining already from prehistoric times the fate of this small place.

Ancient Chaleion
The older traces of settlement date from the Early Helladic I-II period (3000 B.C.). The inhabitants, apart from being farmers cultivating the land and breeding animals, were certainly fishermen and seafarers too. Modern Galaxidi is built on the site of ancient Chaleion, and around 300 B.C. moves from the first time to today’s position. On the initiative probably of the Aitolean Confederacy, which in that period occupied Western Lokris, a fortification wall of Chaleion was built on the rocky peninsula between the two harbours. Because of its impregnable, more than 8m high wall, Chaleion became the safest harbor in the Corinthian Gulf and thus controlled the sea route through the gulf and an important land route from the Peloponnese to Central Greece.

Public life
In the area of Agios Vlassis, two bronze plates with inscriptions were found in 1848, which ended up in the British Museum. They are dated in the first half of the 5th B.C. and are extremely important not only for the region but for the whole of Greek history.
The first refers to the participation of the Chaleians in the colonization of Southern Italy by the Lokrians, and the second records an agreement between Chaleion and Oiantheia concerning the protection of navigational rights or, according to another interpretation, the sharing of spoils from privacy. These inscriptions reveal a well-developed constitution, with laws, judicial authorities and specific magistrates.
Much information about the area during the Hellenistic and Roman periods has been drawn from stone inscriptions found in Delphi and elsewhere, which state that Chaleion was the most important city in Western Lokris after Amfissa and that it had organized public life with a calendar, religious festivals, magistrates, and a high cultural level. 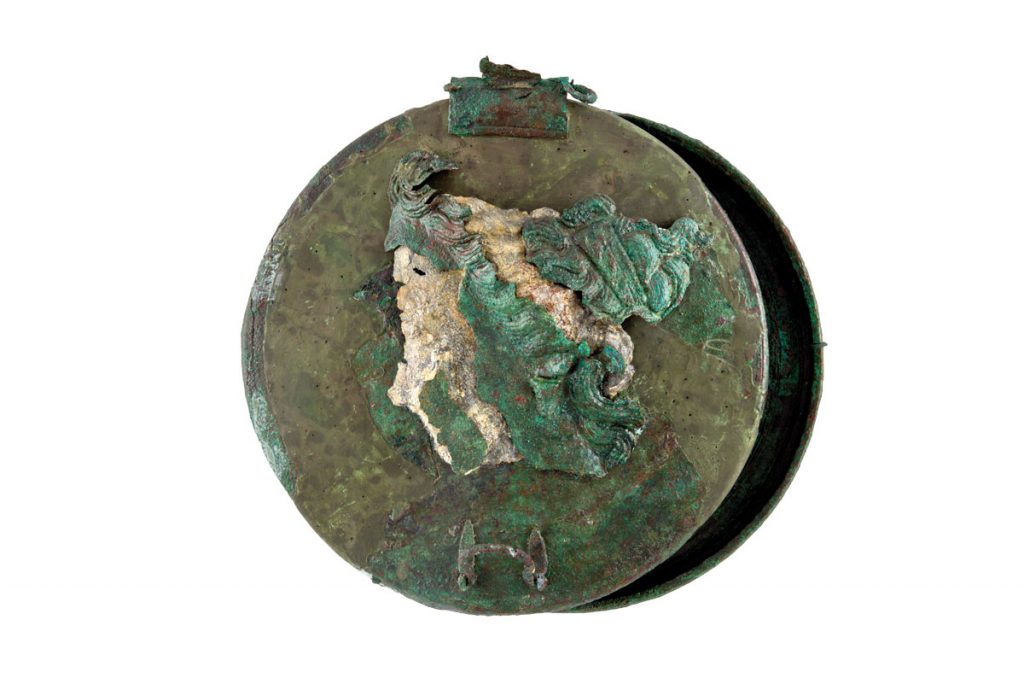 Private life
The Chaleians, like the rest of the ancient Greeks, lived a simple life. The majority were land and animal farmers, and many must have lived off the sea as fishermen or merchants. Their everyday life did not differ a great deal from that of the Greek villagers up until the 1960’s. It began at dawn and ended at dusk. Men lived and worked mainly in the open-air, while women stayed at home preparing food, weaving, and rearing children.

Diet
Their diet was simple: milk, cheese, wheat or barley bread, pies, pulses, fish, many vegetables and fruit, as well as dried nuts. Meat was quite rare. They slaughtered mainly for holidays and festivities, but they all ate meat at the public dinners which took place after sacrifices to the gods. The main drink was wine, which they stored in large, clay jars. They served it out of bronze or ceramic jugs, and they drank it out of ceramic or metal vessels (goblets and two-handled cups) and from the Roman period with glass vessels. They prepared the food in marble mortars, and they cooked it in plain clay pots in the fireplace of the house, which was in the kitchen. The other rooms were furnished with couches, while the women and children lived in the women’s quarters. The houses were lit with bronze or clay oil-lamps and more rarely with torches and candles.

Trade
Ancient Greeks did not travel for pleasure but mainly out of need. They used the sea communications more than today because there were not many land routes. It is noteworthy that until the construction of the coastal road during 1960’s, the people from Galaxidi communicated with Itea and Piraeus mainly via the sea.

Middle Ages
Galaxidi is mentioned for the first time in the late 10th century (981 or 996), when it was destroyed in a raid by the Bulgarians under Tsar Samuel. The inhabitants fled to the offshore islands, and the town was not settled again until 50 years later. After the Fourth Crusade (1204) it came under the control of the Frankish Lordship of Salona, but was recovered by the Greek Despotate of Epirus in 1211. The town remained under Epirote control until the division of the realm in c. 1268, when it passed under the rule of John I Doukas, ruler of Thessaly. In 1311 it was conquered, along with Salona, by the Catalan Company. It was captured by the Ottomans in 1397, but was regained shortly after by the Despotate of the Morea under Theodore I Palaiologos. In 1403 it was ceded briefly to the Knights Hospitaller. In 1447/8 it was refortified by Constantine Kantakouzenos, but this did not prevent its final capture by the Ottomans shortly after. 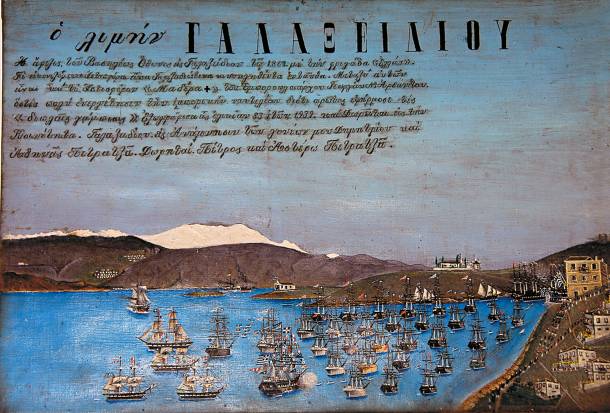 Ottoman presence in the settlement was minimal, the majority of the inhabitants consisting of Orthodox Christians. The city flourished due to the development of maritime trade in the 18th century. The commercial exchanges with the West, particularly for the agricultural products of Corinthia and the Corinthian Gulf in general triggered the development of a local commercial fleet, taking advantage also of the exquisite natural port of Galaxidi. Particularly after the Treaty of Küçük Kaynarca (1774), many of the ship owners of Galaxidi operated under the Russian flag.

Independence
Despite their privileged position, the inhabitants joined immediately forces with the people from Galaxidi were initiated early in the revolutionary “Friendly Society” (Philiki Etairia) and of the first to hoist the flag of Liberty in mainland Greece on May 27, 1821. They contributed militarily to the War of Independence but most importantly, with their armed boats they secured safe passage of Greek ships in the Corinthian Gulf. Because of this, Galaxidi was destroyed by the Turks three times: on September 23, 1821(the worst attack), in May 1825, and in November 1825 when the people were forced to shelter on the Corinthian coast and elsewhere.
After the War of Independence, the liberated people from Galaxidi returned to their burnt and ruined homes. On January 19, 1830, the Special Delegate of the District of Salona, K. Metaxas, reported to the Governor I. Capodistrias:
“…the town of Galaxidi… is completely demolished…there are 630 families and 2815 souls…forty are shipbuilders, thirty builders…The Galaxidians are all seafarers , they themselves make use of the small merchant ships either as sailors or as merchants…They have 34 class A ships and class B…”
Hard workers and creative the inhabitants rebuild their town. They set up shipyards in the two harbours and start up their naval and merchant activities again. Until the late 19th century, Galaxidi had a sizeable merchant marine fleet and was a prosperous commercial center. This is reflected in the size and style of the local buildings. Preservation of the traditional architecture has facilitated the growth of tourism in recent decades. The marine museum contains exhibits from this period.

The seafarers of Galaxidi
During the 1870’s the merchant marine reaches its peak, and Galaxidi becomes the second nautical center of Greece, after Syros, with 100 class A and 250 class B sailing ships. Every year they launch 15-20 ships, most of them built in Galaxidi, that sail in the Mediterranean, the Black Sea and even across the Atlantic. The maritime community, they with six thousand inhabitants, develops architecturally into the town we know today. With the arrival of steam-powered ships, Galaxidi, which did not adjust to the new technology, starts to decline at a rapid rate. 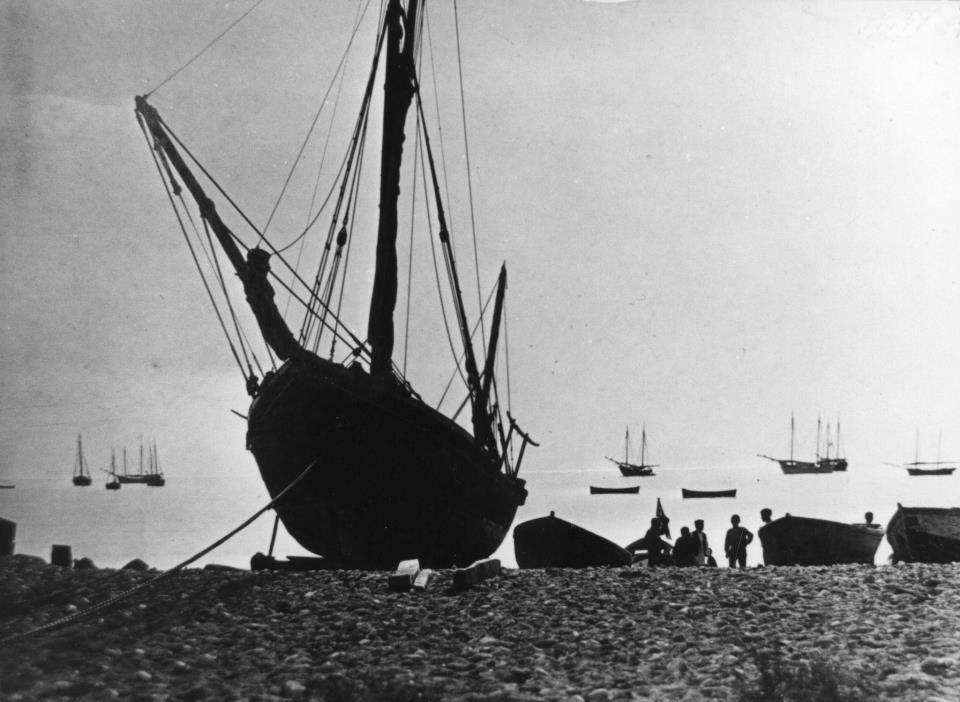 Shipyards
After the Liberation, Galaxidians build their ships again. They establish shipyards for the building of wooden sailing vessels first in the two harbours, at the Agora and Chirolakas, and later at Vlicha or Kalafatis, Revythistra or Vrysithra, Katalonia which was divided into Edothen and Pera (“hilther” and “thither”), Ammodioskoules or Kentri, and Giannakis.
Each year larger and larger sailing ships are built, some exceeding a thousand tons.

The merchant sea voyage and the shipping enterprise
Details about the 19th century merchant sailing ships, the adventures of the voyage, the dependence on the weather and all the uncertainties this brings, and life on the ship can be found in the ships’ logs that are exhibited.
The role of the newly founded Greek State in the merchant marine is evident from the official ships’ documents, such as the Port Register, Nationality Certification and Captains’ Diplomas, Seamen’s Books and Bills of Health. Descriptions of the voyage and details about the cargo are found in the ships’ logs, ledgers and freight contracts. Unfortunately, only a few of these records have survived.
In the Galaxidi sailing ships the owner was often the captain too. The voyage had a definite destination determined by the freight contract, but the length depended on the peculiarities of the sails, weather, sea currents, season.

Shipwrecks
The flourishing maritime town was often devastated by the news of a shipwreck. The wooden vessels, whose only power was in the sails, were easily affected by bad weather. The means of navigations were not like those of today, especially for forecasting the weather and warning about shoals and reefs. 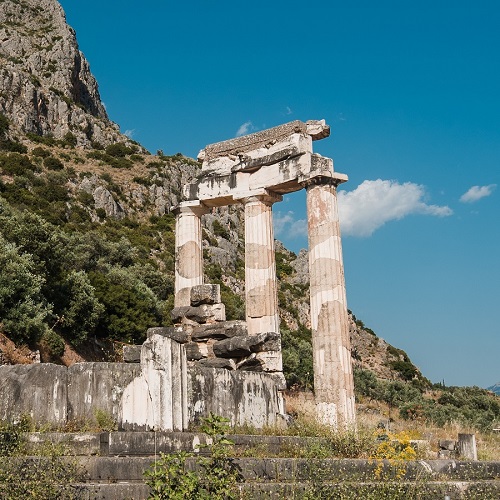 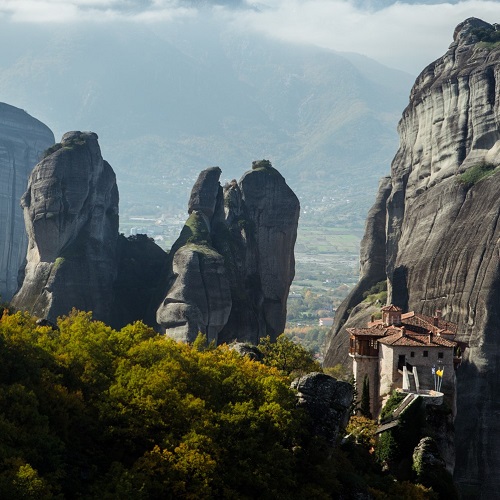 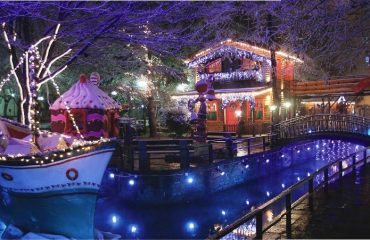 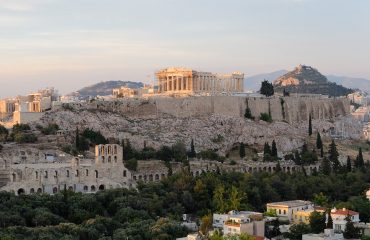 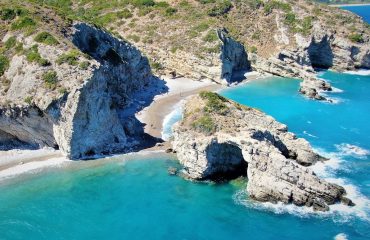