In theory, we live in a new golden age of travel, where just about every corner of the planet is accessible via a spider-web of flights, ferries and far-out road trips. And yet many of us are happy to return to the same beloved destination year after year, retracing our own entrenched footsteps summer after summer. So, once a year, i pack the car with all my camping equipment and point it towards the same segment of rural Greece that I have visited every summer since 2008. It is a journey so ingrained in my mind that I can practically drive it from the back seat, and it always finishes in the same place – Zagori, a mountainous region in the far north-western corner of mainland Greece. 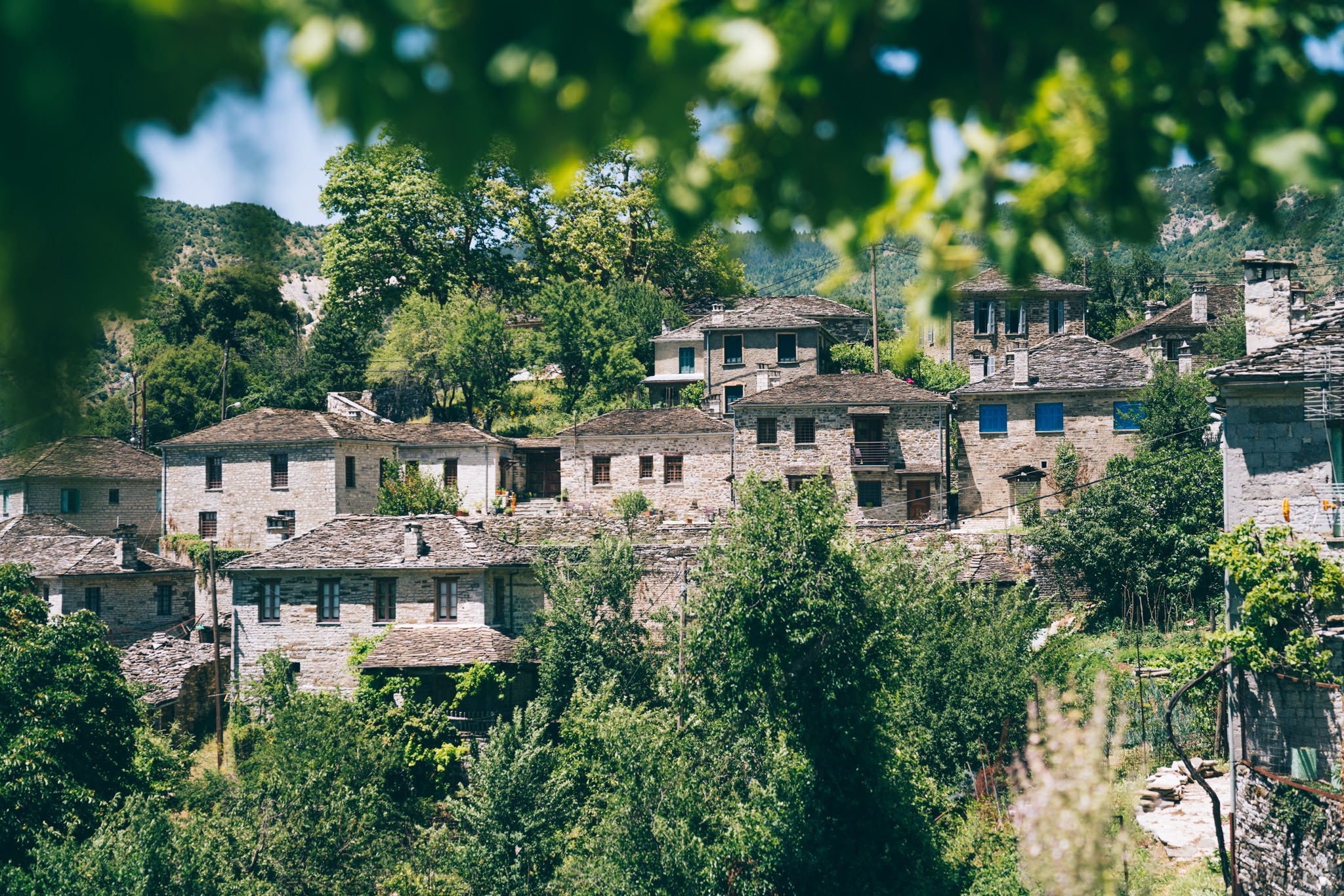 It takes about five hours of driving from Athens to Zagori, so Ioannina, the capital and largest city of Epirus region, makes the perfect stop to stretch our legs and have lunch. It is one of the most beautiful cities in the country, where history and tradition blend together in a mysterious way. Over the centuries Jewish, Muslims and Christians have been meeting, trading and mixing against the breathtaking backdrop of a castle town that evokes the spirit of a distant past.
Next stop is Zagori, which constitutes an entity of forty-six villages with clear historic and cultural characteristics. The etymology of the name, is related to the mountain area over which these settlements stretch, and in Slav means “a location behind and beyond the mountains”. Here, the traces of the harmonious coexistence of man and nature are everywhere. The communities that inhabited this land throughout history respected the environment and developed in line with what nature allowed them to do. So, in our days a big part of it is declared as a national park under the name Vikos-Aoos after the two major gorges of the area.
One of the most magical moments of the trip there, is when you take that turn on the road that connects Ioannina and Aristi village and you have the first glimpse towards Vikos Gorge with Tymfi mountain range as the background. It feels like returning home to me, and then is when the true fun starts. The first days always go slow, as we drive from one village to another admiring the stone mansions and the imposing churches, the cobbled streets and the fountains. All the villages are monocentral and the central square serves as the center. That is the place, where, under the plane tree, political conversations and reunions take place. Some of my favorite ones are Koukouli, Dilofo and Vradeto the “balcony” of Zagori built on an altitude of 1340 m. and famous for it’s “Steps”. 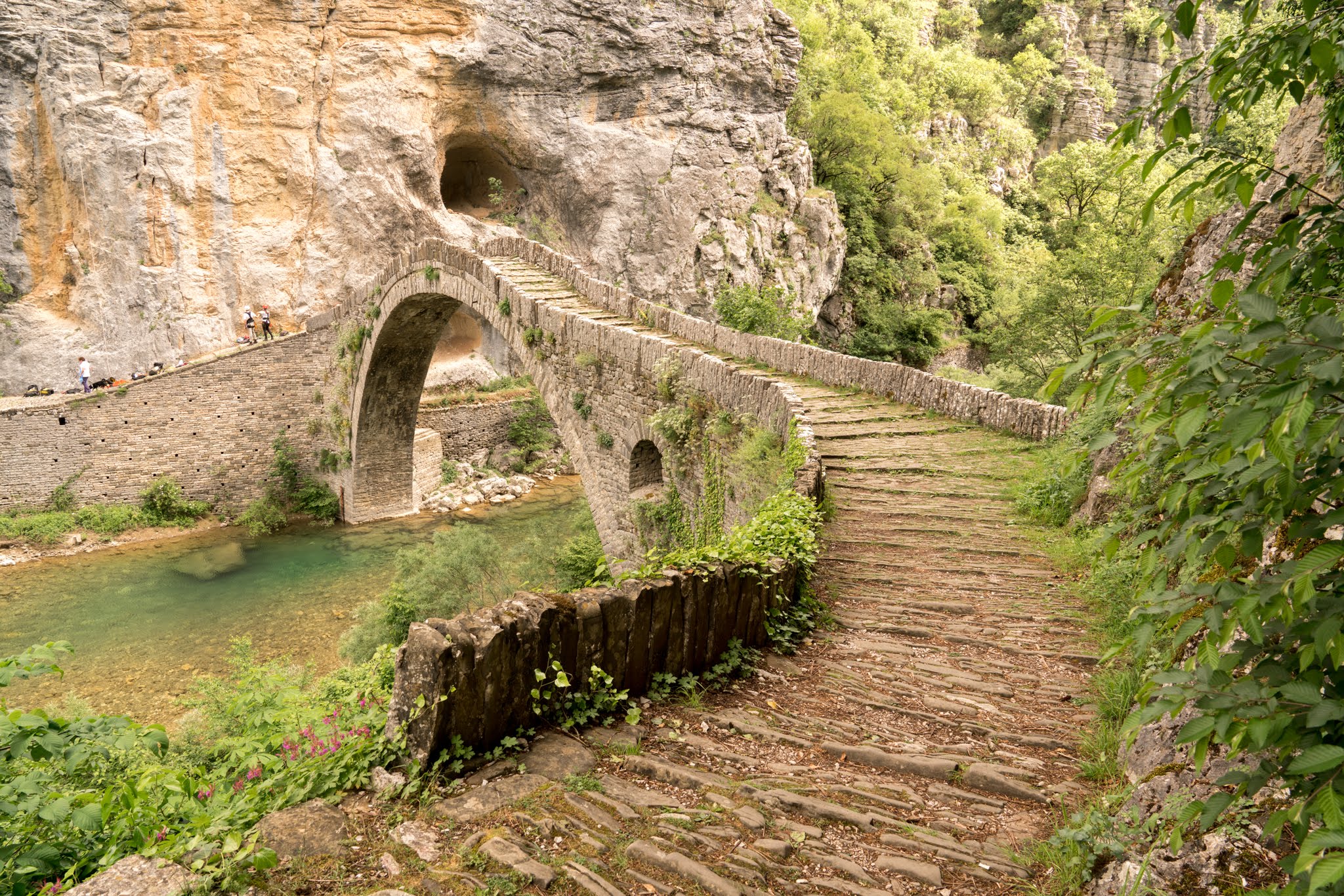 Up to 1973, when the village was connected with a road, this was the only way to access it. Building steps was quite common in the area wherever the access was difficult due to gorges or rough slopes. In addition to that Zagori is the only area in Greece that has so many bridges and this because the ground conditions oblige so. The area has a lot of rivers and rough torrents which especially in the winter period are difficult, up to impossible to pass through. In order to make a bridge, grandiose skills were needed. They were made in the 18th and 19th century, when Zagori flourished and they were built in the expenses of rich natives from whom they took their names.
Many of the paths of the area are crossing these bridges, while connecting the one village to another, and this makes them ideal for hiking which is our favorite activity here. The options are numerous and one of the most exciting is crossing Vikos gorge, which alongside Samaria in Crete are the most renowned ravines in Greece. With a length of 20 km, walls that range from 120–490 m deep, and a width ranging from 400 m to just a few meters at its narrowest part, is listed by the Guinness Book of Records as the deepest canyon in the world in proportion to its width. 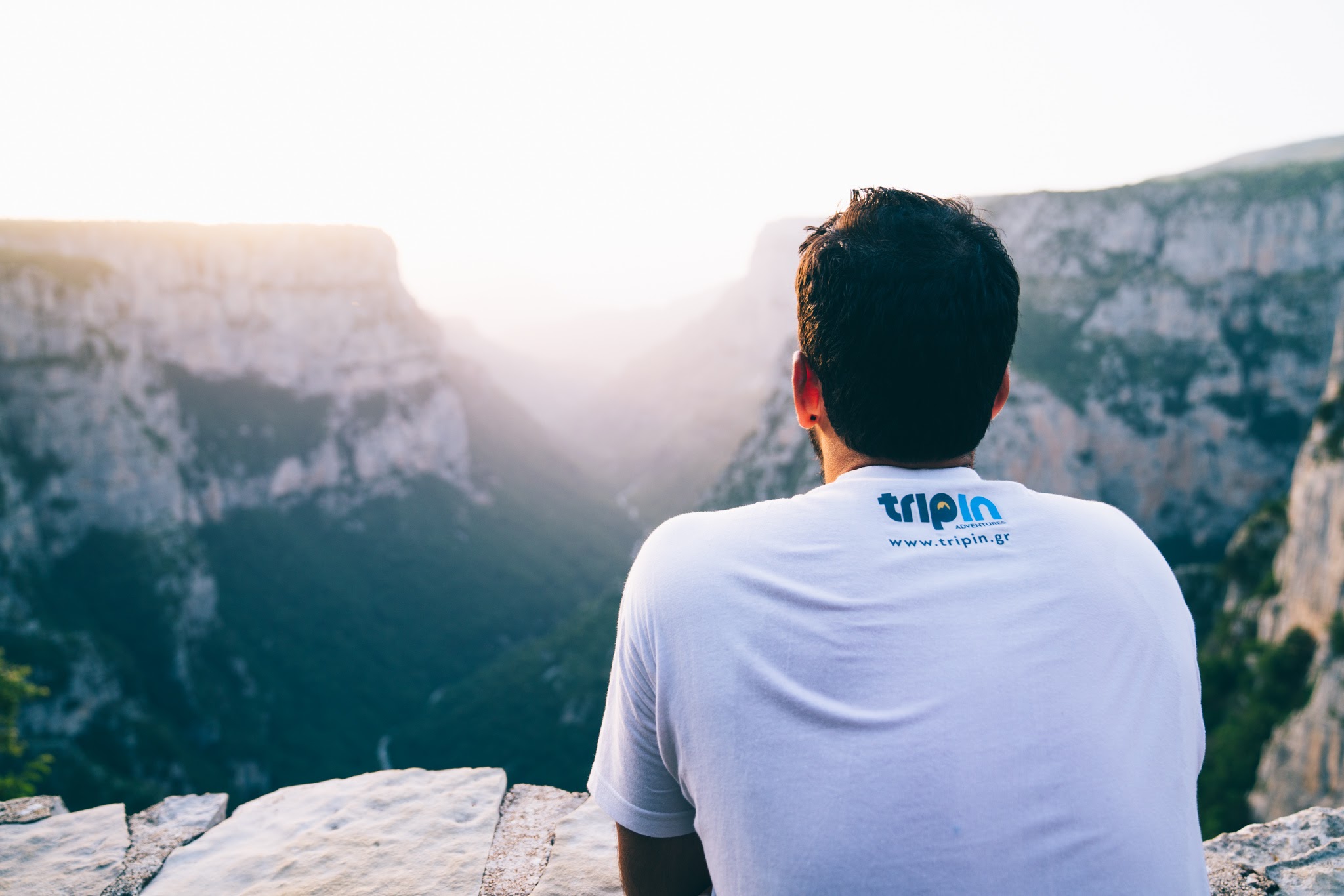 The coronation of all the beautiful hikes that can be done in the area, is the one from Mikro Papigo to the refuge of Astraka and the continuation thereafter to the Drakolimni, an alpine lake at an altitude of 2050m. We always camp up there and as the world starts to darken around us we gaze the clear night sky studded with bright stars in every direction and we feel the lightness of freedom that nature brings… 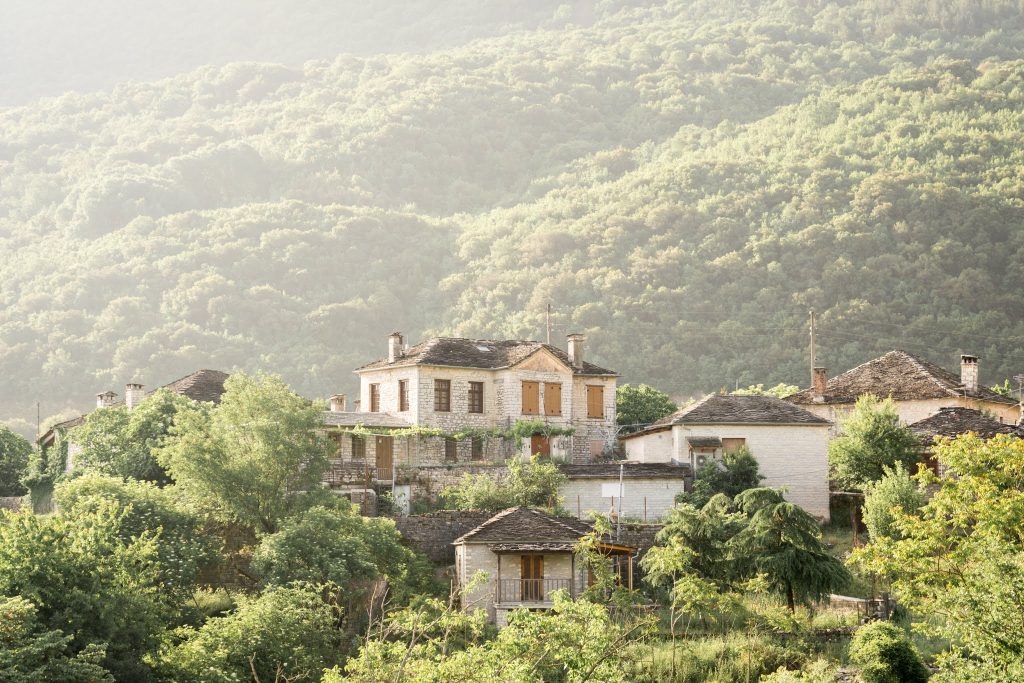 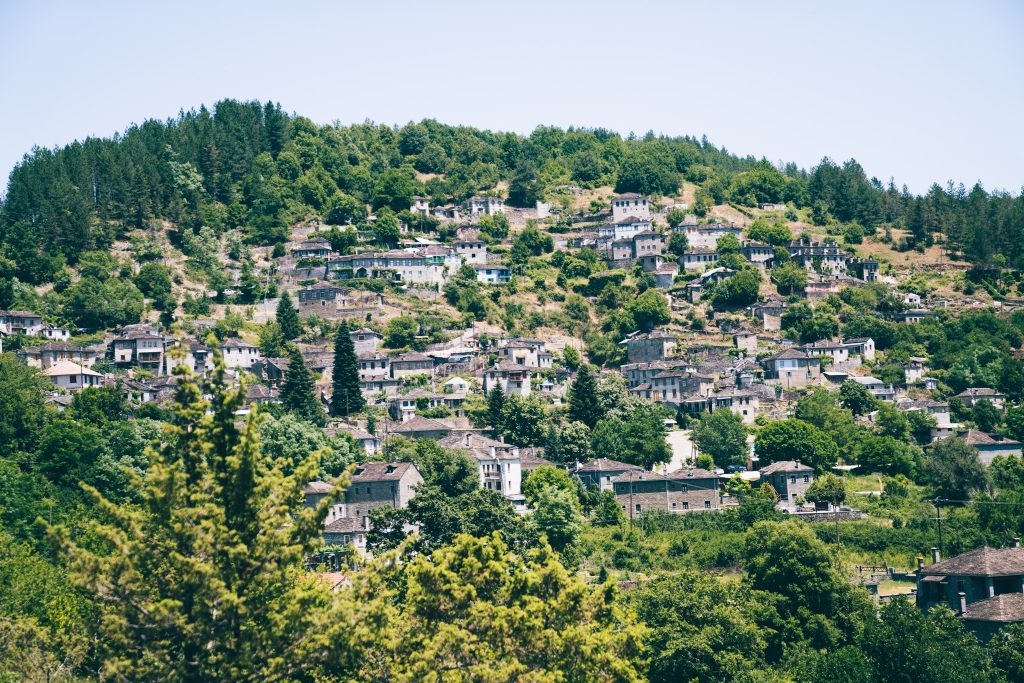 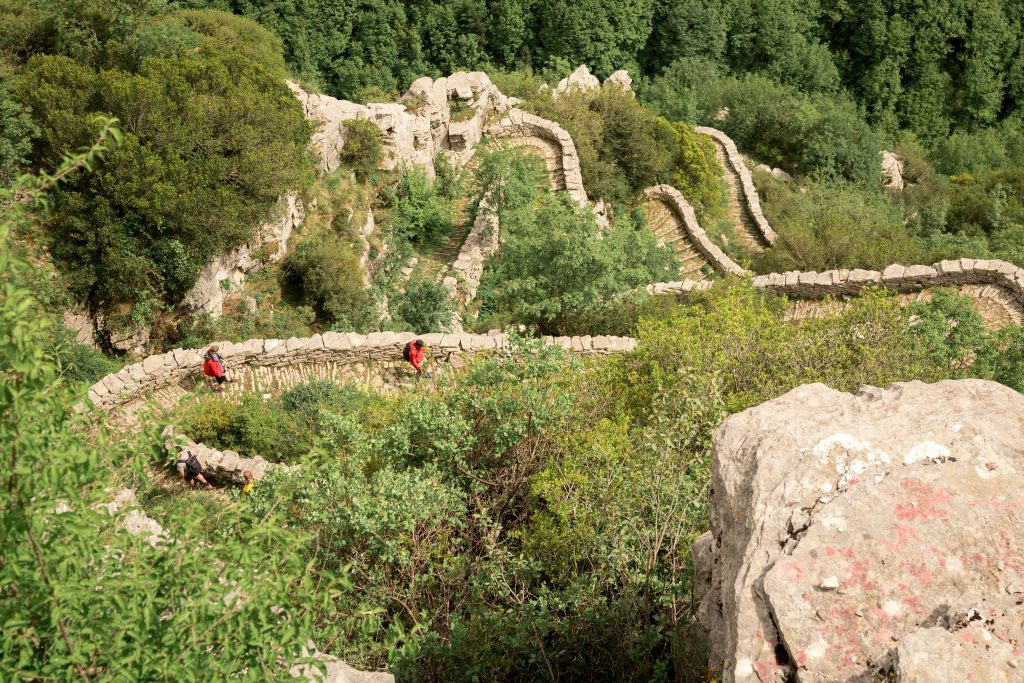 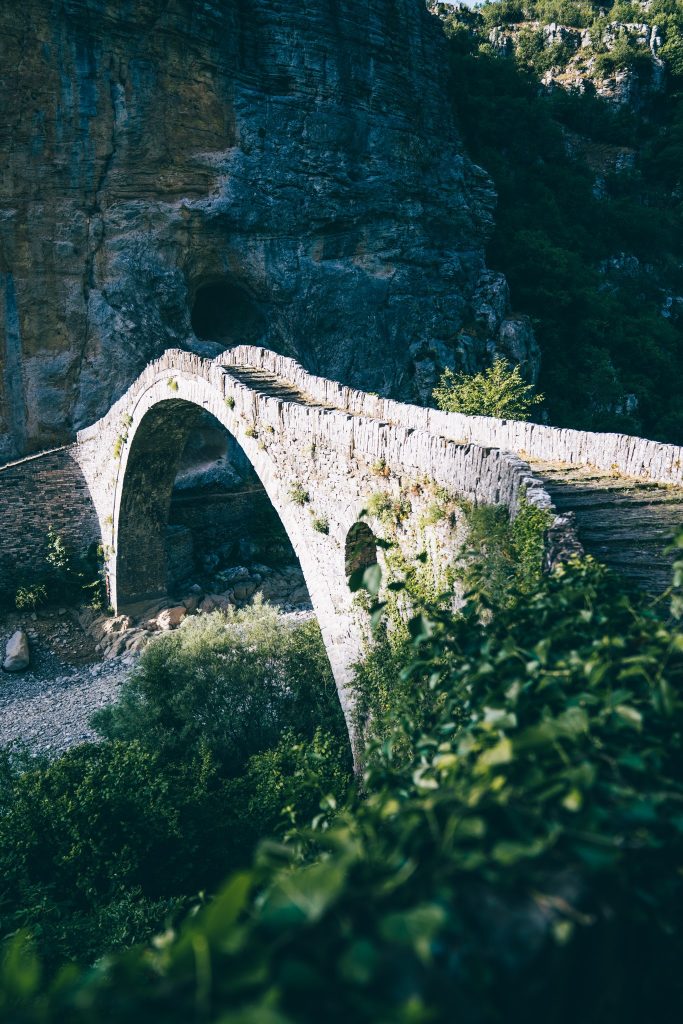 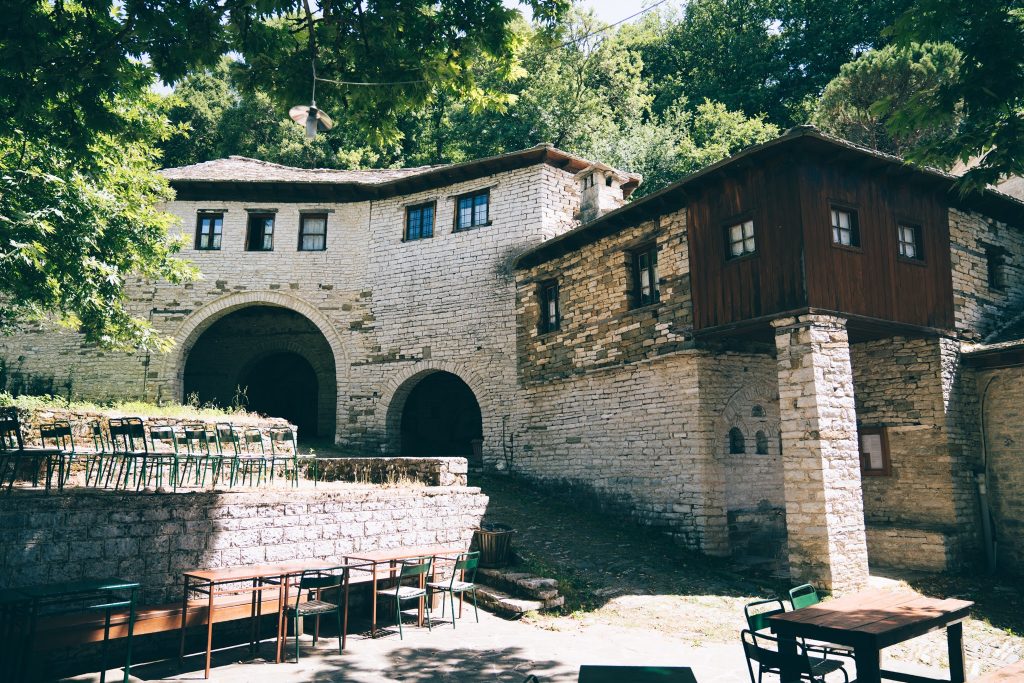 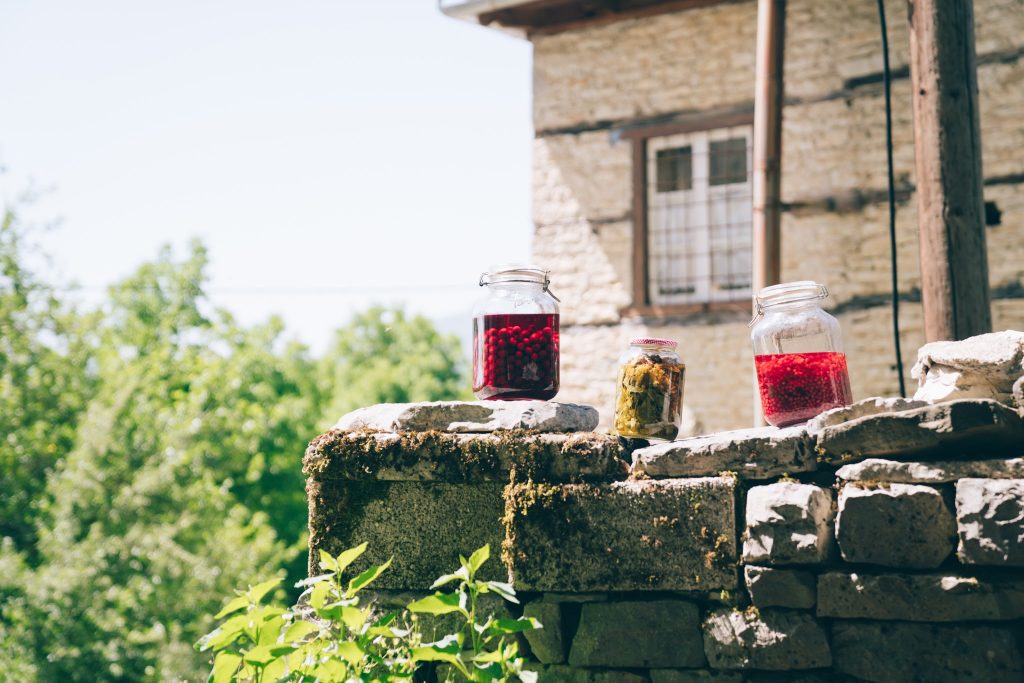 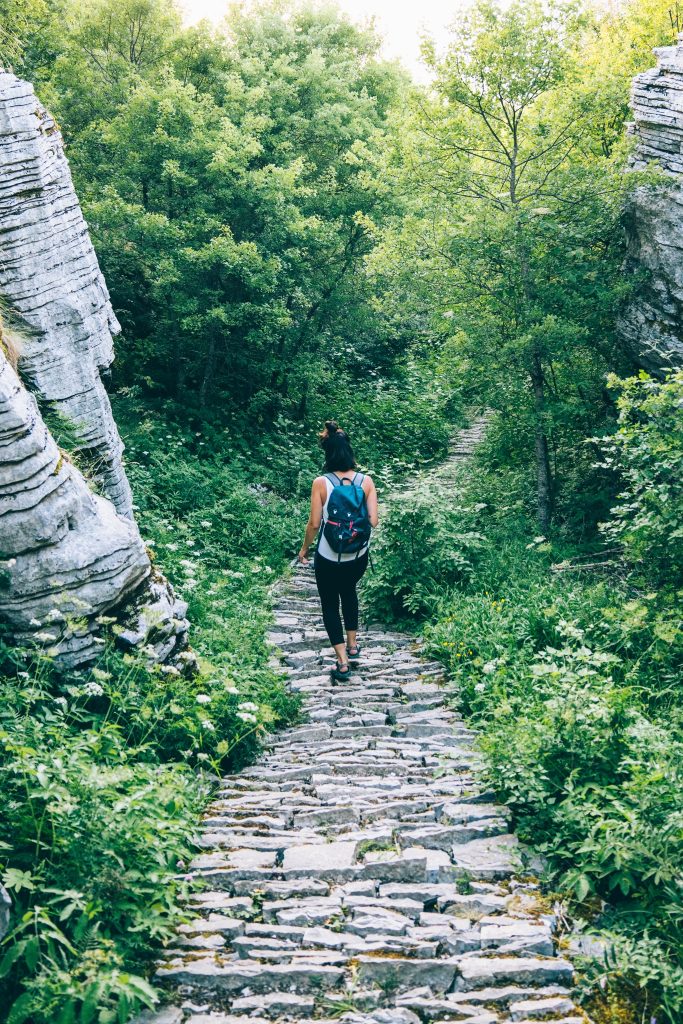 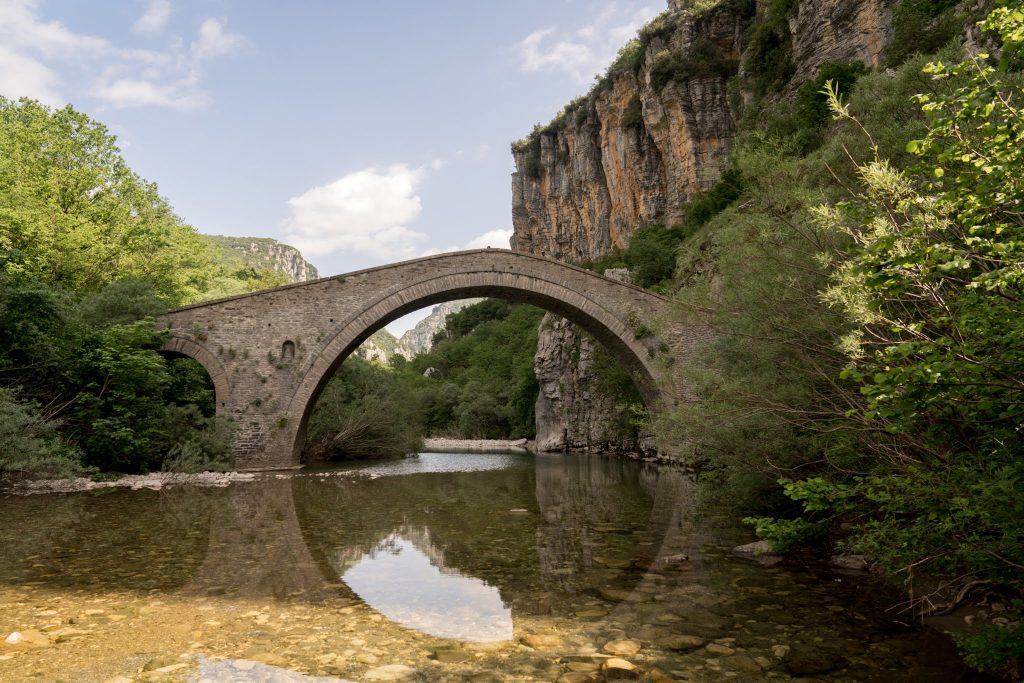 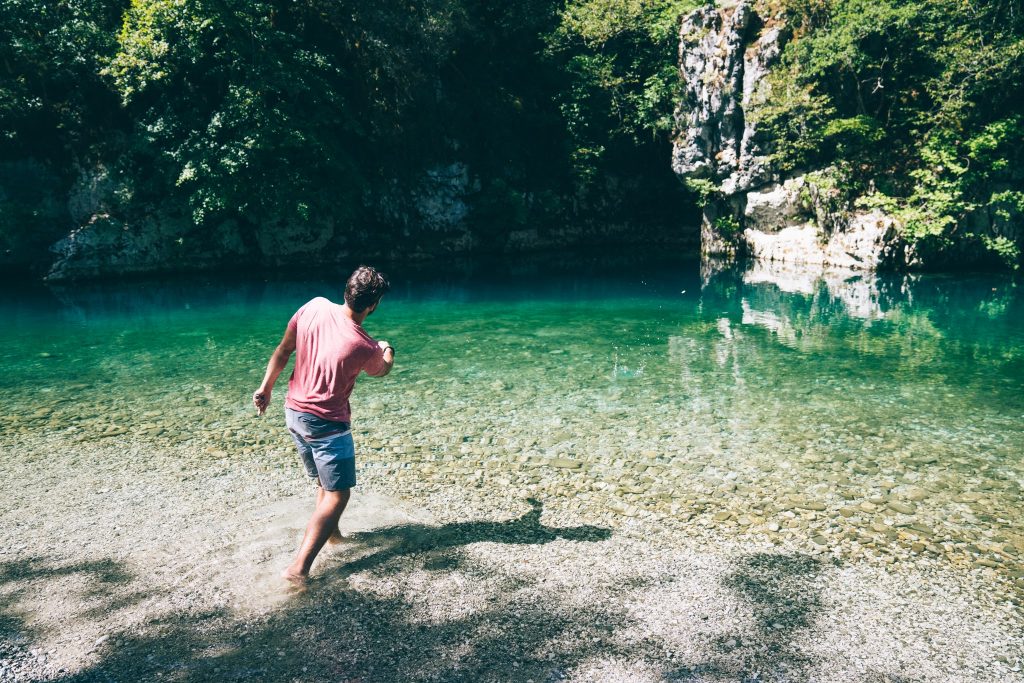 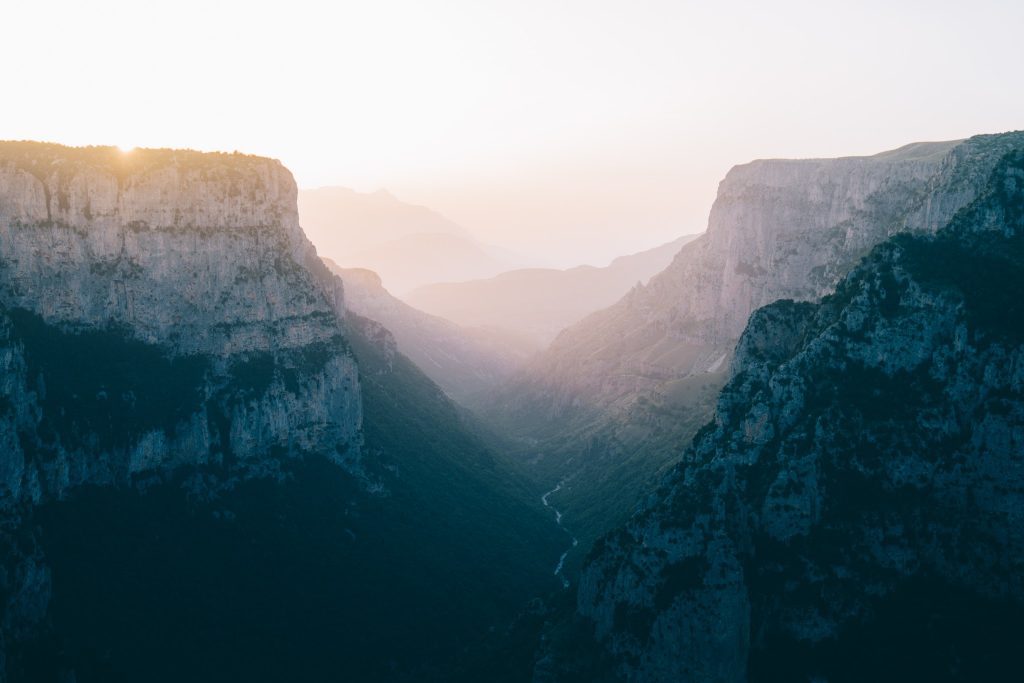 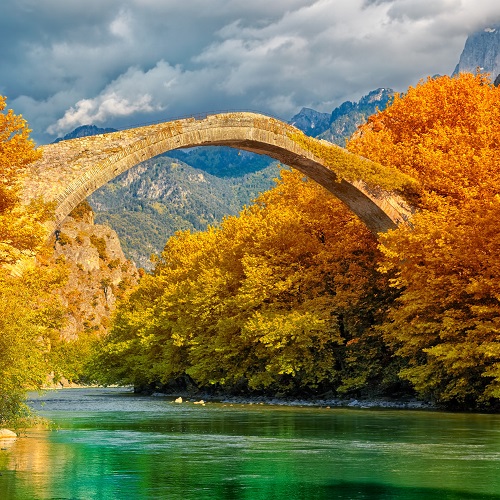 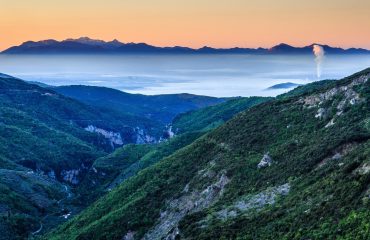 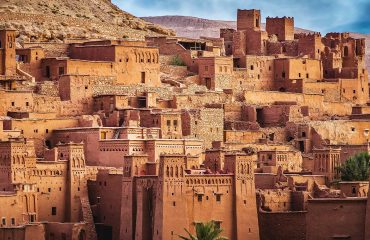 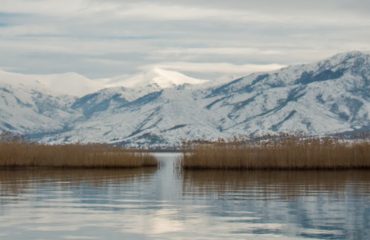