The center of Athens has been inhabited for at least 5000 years. This makes Athens  an open-air museum with historical remains from all ages. However, it is not easy to find and connect them with history as they are mixed and sometimes hidden by modern buildings.
At first glance such an extended history seems chaotic but you can easily remember it by its main periods.
Athens is mostly known for its ancient history and particularly the Golden age of Pericles in 500 BC. Pericles was elected for 14 years consecutively in the most significant political position of his time. Under his authority, Athens became the most powerful state city of Greece. His main contribution was, of course, the establishment of democracy. Athens became the intellectual and art center of the ancient world. In addition to everything else he was responsible for the construction of the Parthenon.
What follows is the Hellenic period and Alexander the great (323-146 BC). Athens is no longer the administrative center of Greece and has lost its political influence. However, Athens position is still dominant due to its intellectual power. Athens philosophical schools were famous and people from “all over the world” came to Athens to study, and also to participate in the social life of the city. As a result Athens kept its prominent position and flourished. 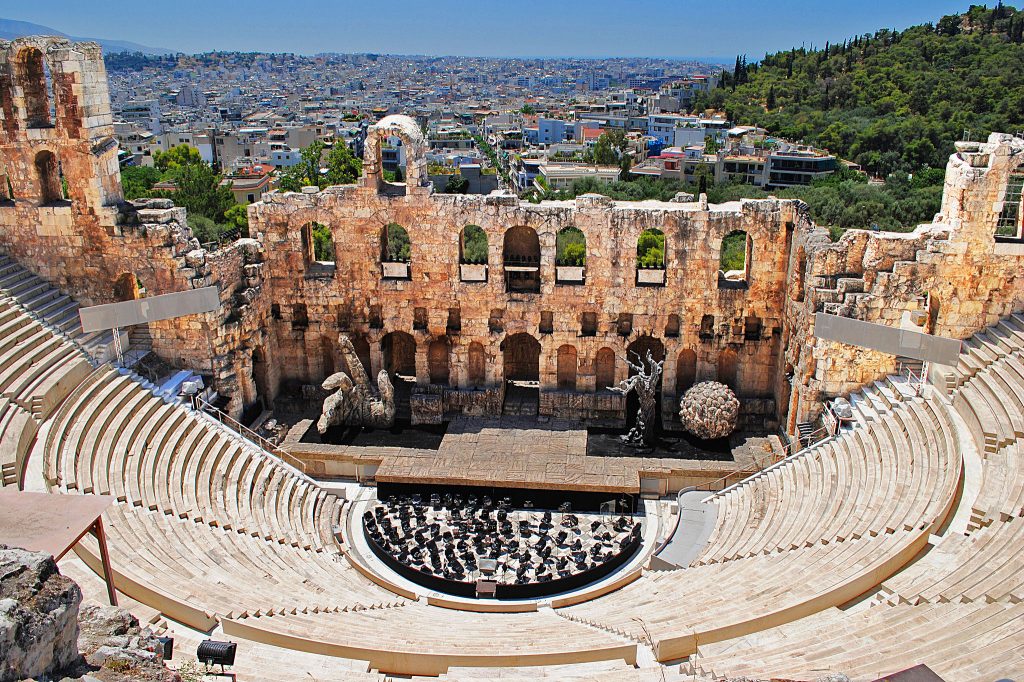 Athens continued to do so during Roman times (146BC-330 AC). Romans not only adopted the Athenian culture but also tried to rejuvenate the city’s old glory by providing funds for its reconstruction.We owe them some of the most prominent historical sites such as the Herodion, Handrian’s Library and Roman Agora. They also constructed aqueducts, drainage systems and numerous others public facilities.
The dawn of Athens, itself, might be considered during the 5th century BC and after that period begun a reign of foreign rulers. Nevertheless, Athens set a unique historical phenomenon, despite being a conquered city, it retained its glory and remained the intellectual center of the time.The decadence begun in Byzantine times (330- 1453) when philosophical schools and the faith in Olympians Gods were forbidden. Athens lost its character and as a result its influence.
From now on Athens is a city of relatively small size, weakly fortified and deprived of many of its monumental buildings. This period gave the city numerous churches that we can still see in the historical center of Athens.
During Ottoman times (1453-1821) Athens played no significant role or influence but it developed a small industry which consisted mostly of small workshops of tanners, textiles and soaps. Within the Ottoman Empire, the city flourished as a local center of commerce, with remarkable demographic and financial prosperity. The siege of the Acropolis in 1687 by the Venetians, which resulted in the destruction of the Parthenon, marked the beginning of a new period of Turkish rule, in which the city gradually declined. The appearance of the city during this period of time, very little of which is still preserved, is mainly known from depictions by foreign travelers. 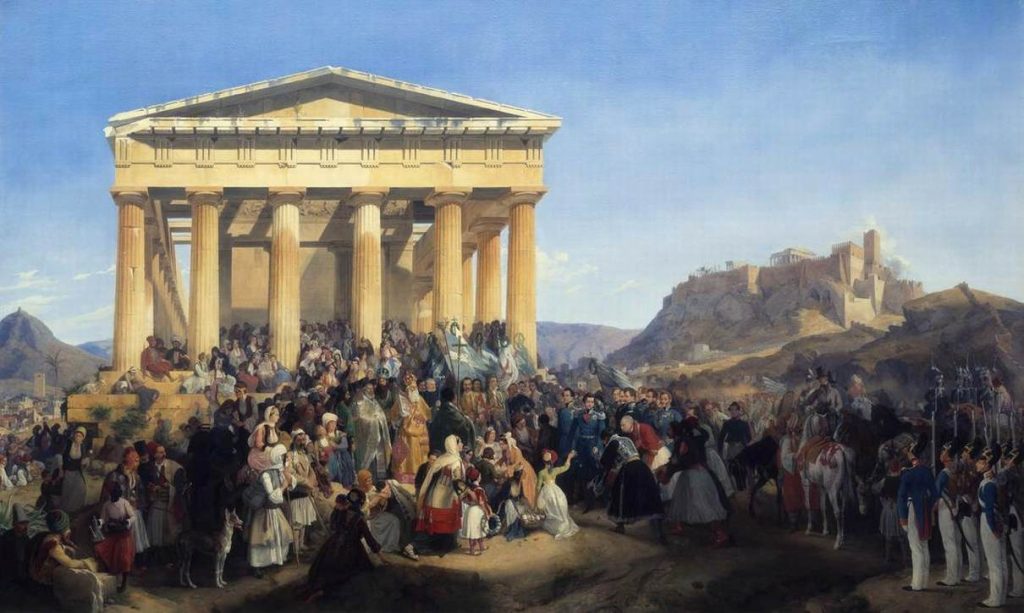 In the early stages of the War of Independence (1821 to 27), fierce fighting broke out in the streets of Athens, with the city changing hands several times between Turks and Greek liberators.
Finally, in 1834 Athens becomes the official capital of Greece when the Bavarian king Otto transferred the capital from Nafplio, to connect the glory of ancient Athens with the beginning of the New Greek state. The city is under construction, builders and craftsmen came to restore the city. Athens had a population of only 4,000-5,000 people who were located in the district of Plaka.
Athens grew steadily throughout the latter half of the 19th and early 20th centuries. This ended abruptly in 1923 with the Treaty of Lausanne, which resulted in nearly a million refugees from Turkey descending on Athens, an event that marked the beginning of its much-maligned concrete. Modern day suburbs of the city such as Nea Ionia and Nea Smyrni began as refugee settlements.
Athens was occupied by the Nazis in World War II and experienced terrible privations during the later years of the war. During that time, more Athenians were killed by starvation than by the enemy. This suffering was perpetuated in the civil war that followed. 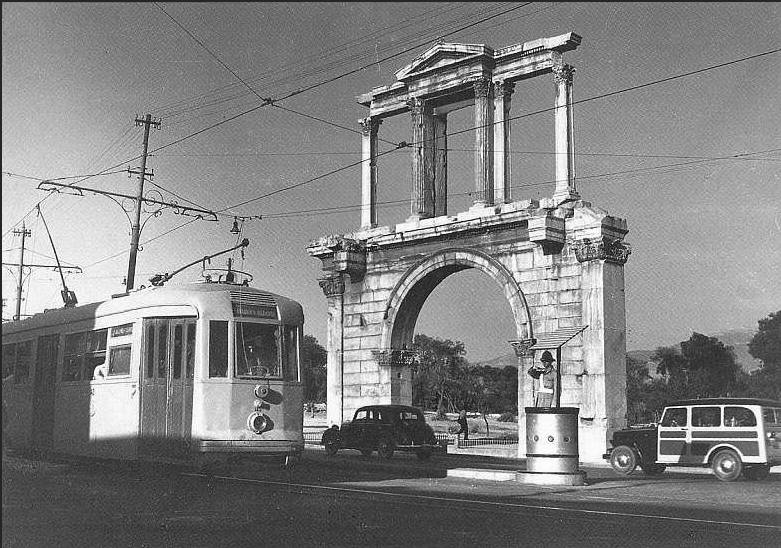 After WWII, Athens began to grow again, as people migrated into the city in search of work.The industrialization program launched during the 1950s (with the help of US aid) and the fact that Greece joined the European Union in 1981, brought in many new investments to Athens, but also increased social and environmental problems.
Preparation for the 2004 Olympics brought forth also many changes, and the successful staging of the games imbued the ancient city and its residents, with a newfound confidence that acted as a catalyst for more evolution.
Athens today is sophisticated and cosmopolitan and one of the few ancient cities in the world where the cutting edge, the hip, and the modern can suddenly coexist so harmoniously with the classical. 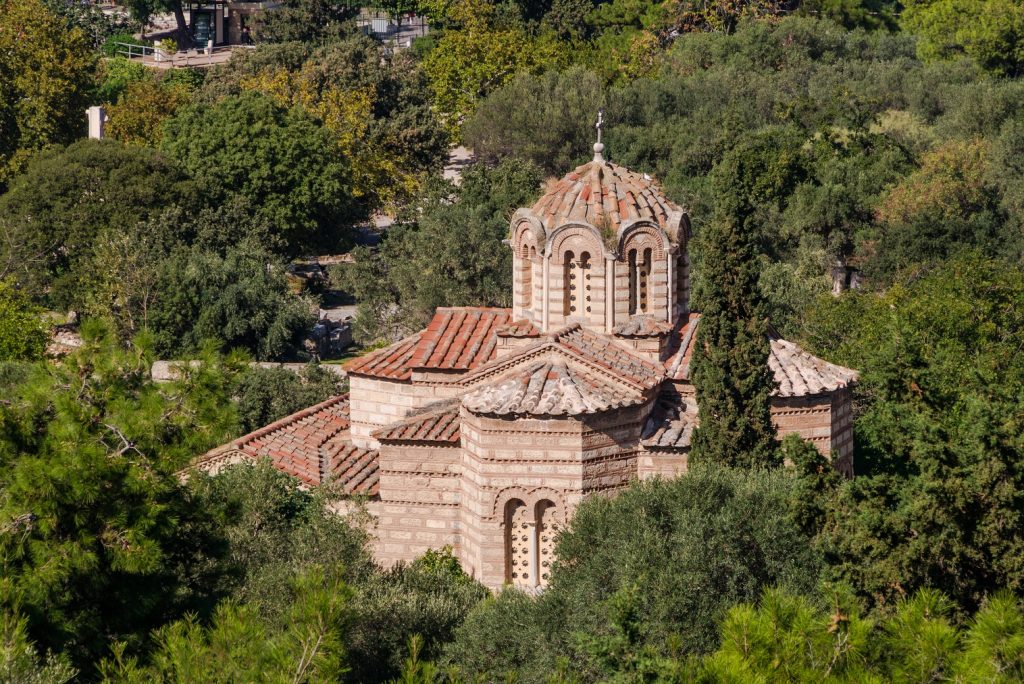 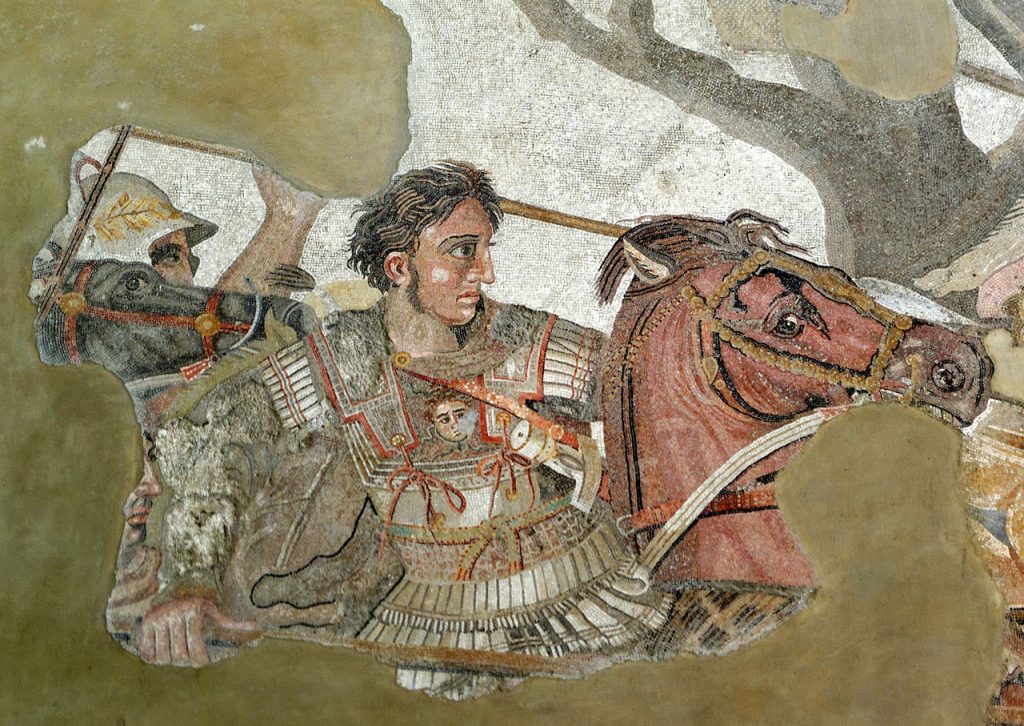 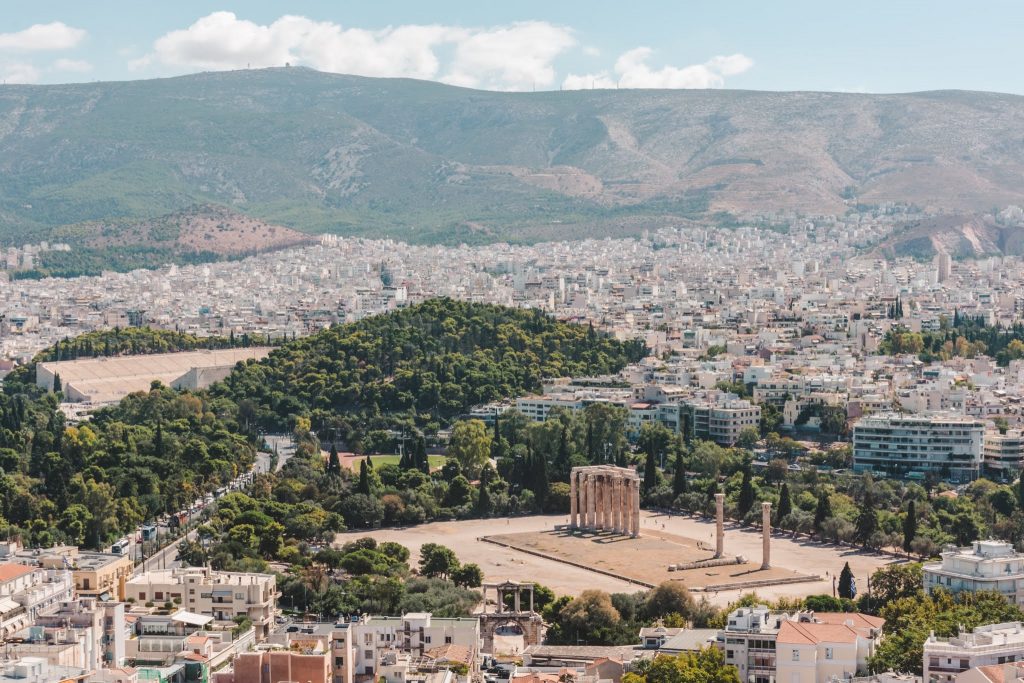 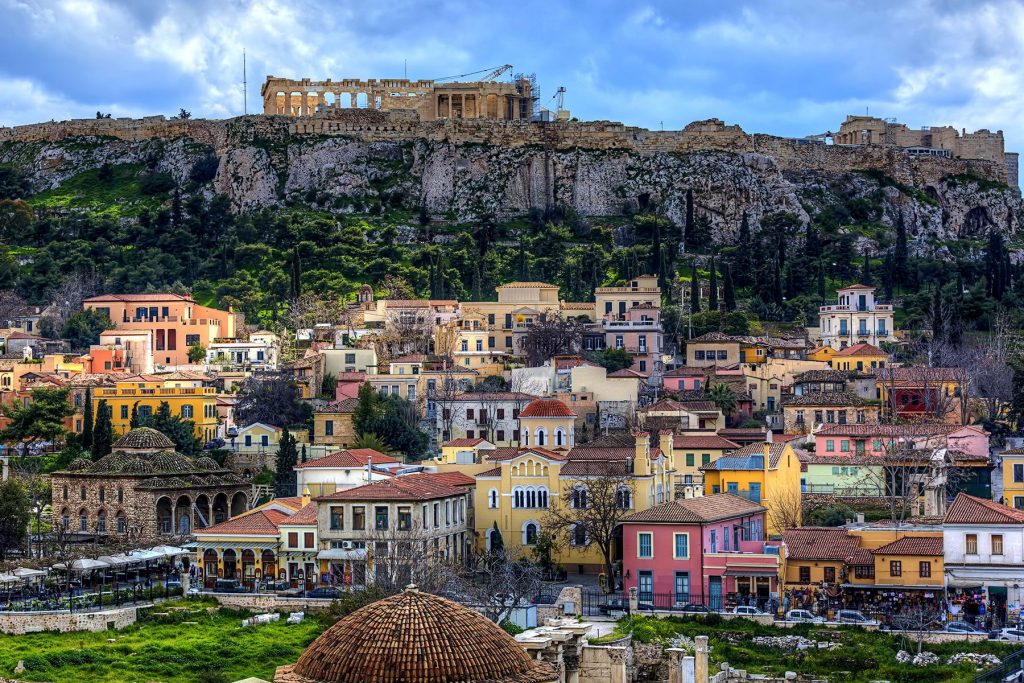 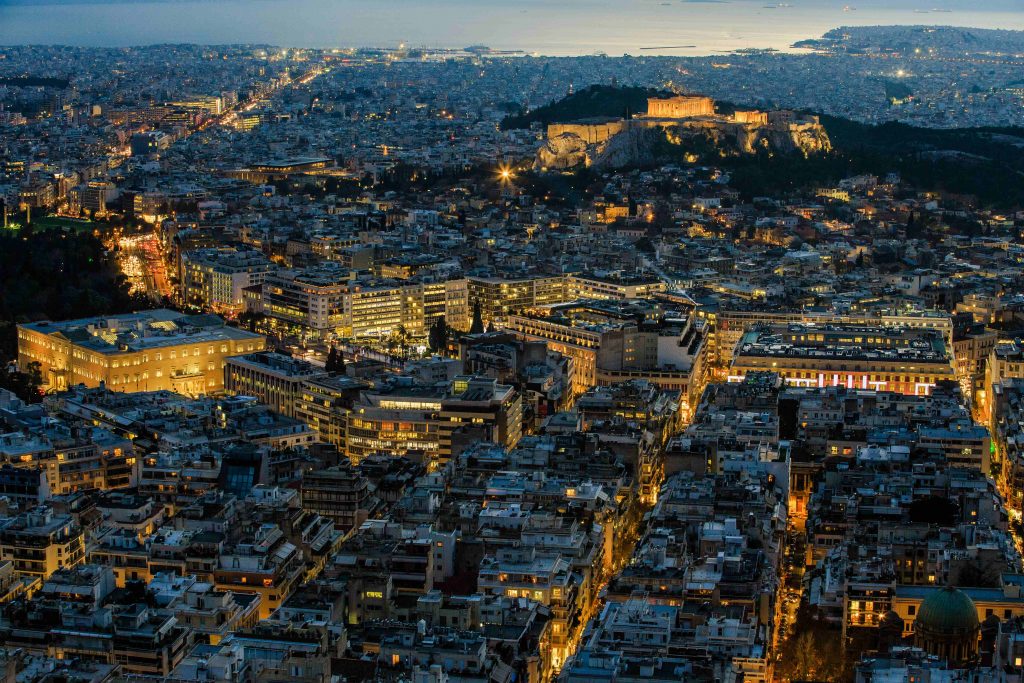 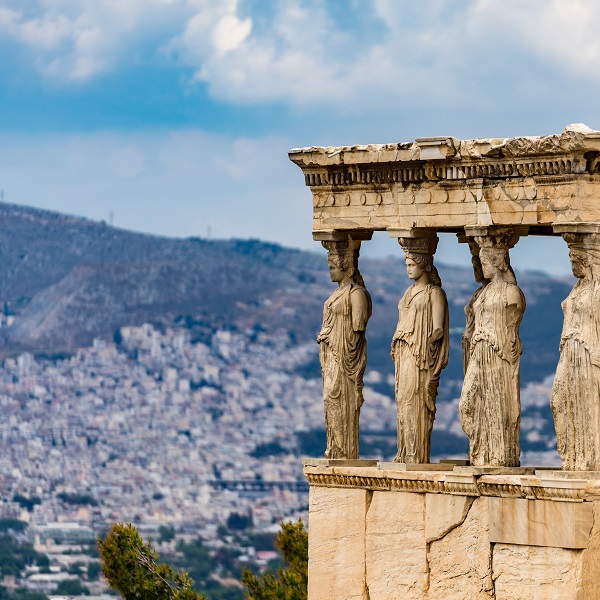 PRICE
FROM 90€
If you belong to the people who are not satisfied in the learning process until they gain insight behind the scenes, here is great news: We have created a prototype tour that suits you! Leave the center of Athens and get up to Mt. Penteli where by visiting the most important ancient marble quarry, you will learn in detail all aspects behind the building of the Parthenon.
EXPLORE MORE 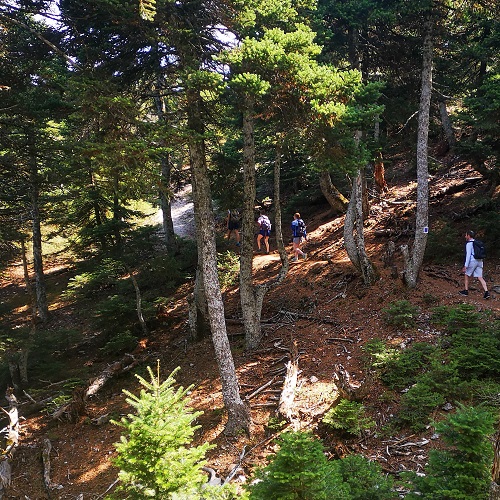 PRICE
FROM 115€
Need to get away from the hustle and bustle of the big city? Lace up your hiking boots and head out onto the trail. Designated a national park in 1961 the densely-forested Mt. Parnitha, which covers a huge area of over 30,000 hectares about 40km north of Athens city-center, is a hiker's heaven and a magnet for nature lovers as it offers a vast hiking trail network for all levels of difficulty.
EXPLORE MORE 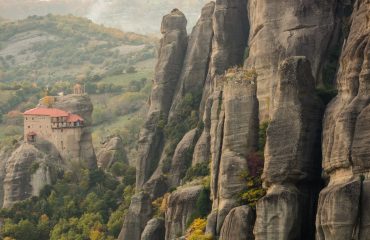